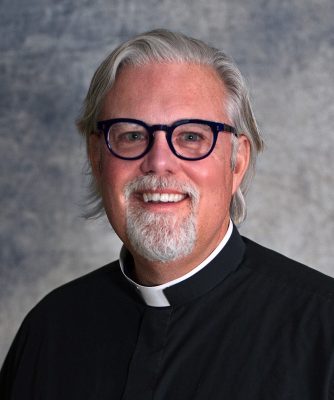 (The video of this sermon is not available.)

And thanks for coming to church today. I know we’ve had a lot of church this week. I am very glad you’re here.

And, your devotion is going to pay off. Today, we have one of the most beautiful, moving, and important gospel passages of all. I mean, all gospel passages are important, but this one, well, it’s pretty special.

It’s the first chapter of John, the prologue to John’s gospel. It’s sort of an overture. Like at a musical production. In essence, John previews what he’s going to tell us in the rest of his gospel. John introduces some of the main themes about who Jesus is. And what that means to us.

Now, by way of background, John’s gospel was written after the other three gospels. Most consider Mark to be first, followed by Matthew and Luke. Bible scholars have various ways of ordering these gospels, based upon how they seem to refer to each other, and to another, unknown source. Mark, Matthew and Luke are sometimes called the “synoptic gospels,” because even though they are different in some ways, they also have some pretty clear similarities.

John’s gospel, however, is different. I mean, it’s about the same guy, and some of the same events, but John’s approach is different. It could be said that John is more philosophical, more theological. And the writing—well, the writing is beautiful, amazing.

Not so in John. John is more like poetry. It’s rich, and complex, densely packed with artful words and turns of phrase.

Which, unfortunately, can sometimes cause us to just ….. watch it go by. To read, or listen, in a kind of superficial way. Like you might listen to a piece of classical music on the radio, without thinking about the composition, the themes, or the phrasing of the performance.

And that’s not a bad thing, to let beautiful music just wash over you. But here, if we just let John just wash over us, go past us, I fear we will miss something important. So, today, let’s take our time and savor what John has to say.

We think of Christmas as a beginning, so it’s natural to focus on how a gospel begins, or even to compare how the different gospels begin. Mark opens his gospel with: “The beginning of the good news of Jesus Christ, the Son of God,” and then references Isaiah, who prophesies the coming of the one who will prepare the way for Jesus.

Matthew traces the genealogy of Jesus back to Abraham.

Okay, let’s pause there. “In the beginning….” That’s is like Genesis, like the beginning of Genesis, before creation. When there was the great “I AM,” but not yet anything of “WHAT IS.”

A time before creation—hard to conceptualize, I know. I mean, my knowledge of quantum physics comes primarily from Avengers’ movies. So, I can’t explain it to you. But John says: “In the beginning, was the Word.” And that was before anything else came into being. So we will go with that.

The Word. As you may know, the translation comes from the Greek word “Logos.” That word meant different things, depending on who you were. The Greeks believed that our world was highly volatile, but under control of the Logos. Jewish people understood “the Word” as a substitute for God’s name. Some have pointed out that Philo of Alexandria, a Greek Jew who lived around the time of Christ, brought together Jewish and Greek thought by using logos to describe God’s role in creation.

“The Word,” then, is a way to describe the essence of God, the nature of God, outside of creation.

John writes: “And all things came into being through him.” “What has come into being in him was life, and the life was the light of all people.”

Life. Light. This is what God brought into being. Life, which is the light of all people. And of that light, John says: “The light shines in the darkness and the darkness did not overcome it.”

God makes life, and life is light, and this light out-shines the darkness. This light is “[t]he true light, which enlightens everyone.”

Now, if we put this all together, we see that, in the beginning, the Word was with God, and was God. And through that Word, through Jesus, “[a]ll things came into being…, and without him not one thing came

into being.” Life, the true light that shines in the darkness, comes into being through Jesus. And this Word, the Word, Jesus, who existed before creation, and who was with God, and was God, “became flesh and lived among us.”

Jesus didn’t show up as a ghost, or an astral being. He wasn’t an angel, or a spirit, or a vision. Nor was Jesus just a man, a wise teacher. Jesus was God, in the flesh, in our flesh, the same kind of flesh you and I have. Fully human, fully divine. One of a kind in all of history. God on earth. God with us.

Paul wrote about this, even before John wrote his Gospel. Here’s what Paul says about Jesus in Colossians: “[Jesus] is the image of the invisible God, the firstborn of all creation; for in him all things in heaven and on earth were created, things visible and invisible, whether thrones or dominions or rulers or powers—all things have been created through him and for him. For in him all the fullness of God was pleased to dwell, and through him God was pleased to reconcile to himself all things, whether on earth or in heaven, by making peace through the blood of his cross.”

We can also look at Philippians 2:5-11, where Paul says: though he was in the form of God, [he] did not regard equality with God as something to be exploited, but emptied himself,taking the form of a slave, being born in human likeness. And being found in human form, he humbled himself and became obedient to the point of death— even death on a cross.

Or consider this, from Hebrews: [God] has spoken to us by a Son, whom he appointed heir of all things, through whom he also created the worlds. He is the reflection of God’s glory and the exact imprint of God’s very being, and he sustains all things by his powerful word.”

John says “the Word became flesh and lived among us, and we have seen his glory, the glory as of a father’s only son, full of grace and truth.”

We have seen his glory. Full of grace and truth. John writes: “From his glory, we have all received, grace upon grace.”

Every good story … has a WHO, a WHEN, and a WHAT. Here, the who, well that’s God, and Jesus with God, as the Word. The when: there a few different when’s. One “when” is before creation. Another is the time of creation. And another is when John the Baptist comes to proclaim the coming of the one, the true light, the Son of God.

And the “what” of the story–what happened–the what of this story is that Jesus, the Word, became flesh and lived among us.

And, as John says, “the world did not know him. He came to what was his own, and his own people did not accept him.” As I read earlier from Philippians, Jesus, “being found in human form, humbled himself and became obedient to the point of death—even death on a cross.”

The “why” of this story? Paul told us the “why,” in the passage I read before from Colossians. Remember?

We also see the “why” in today’s reading from Galatians. Before Jesus came, Paul says, “we were imprisoned and guarded under the law until faith would be revealed.” The “law was our disciplinarian, until Christ came.”

God sent Jesus, Paul writes, “in order to redeem those who were under the law, so that we might receive adoption as children.” Paul says: “And because you are children, God sent the Spirit of his Son into our hearts, crying ‘Abba, Father!’ So you are no longer a slave, but a child, and if a child, then also an heir, through God.”

As John writes: “[T]o all who received him, who believed in his name, he gave power to become children of God . . .”

God came into the world so that we could be reconciled to God. And so that the true light, enkindled in our hearts, might shine forth in our in our lives, and in our world.

And that is the great WHY of Christmas. That is why God came into the world. To free us from the darkness. To reconcile us with God. So that, in our faith, we might know God, and claim our inheritance as beloved children of God.

That is the great WHY of this blessed season of Christmas.